You may plan your holiday tour to Sri Lanka according to its two seasons which mean climatically speaking; the driest (and best) seasons of the island are from November to March for the west coast, the south coast and the Hill Country, and from April to September for the Cultural Triangle region( Ancient Kingdoms & Heritage sites ) and the east coast. 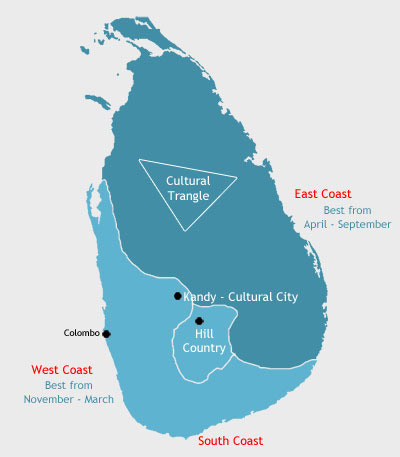 If Your Holiday is : One Week

If Your Holiday is : two Week

If Your Holiday is : Three Week

If Your Holiday is : One Week

It is just about possible to see the best-known attractions of Sri Lanka in one week, but it will be hectic and exhausting. Here you would have to be clicking the camera out of the coach window before rushing off for the next destination and spending countless hours on the road. If that is the holiday you need then expert advice on routes and accommodation is vital to reduce your travel time wherever possible. Far better in most cases to decide your priorities and decide which part of the island holds most appeal. 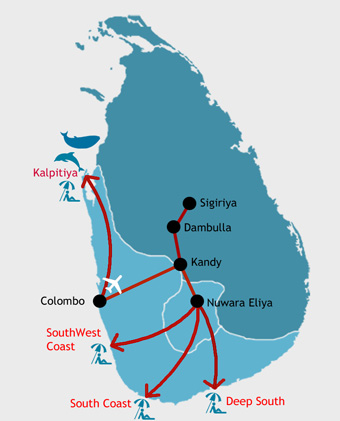 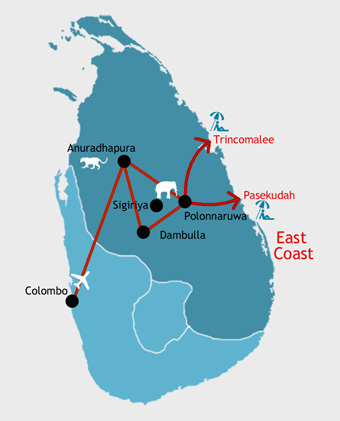 If Your Holiday is : Two Week

Two weeks is the most common time period for a Sri Lanka tour, with your Sri Lanka holiday often finishing with several days on a tropical beach. To get the best out of your fortnight’s holiday, it is hugely important to identify your priorities. 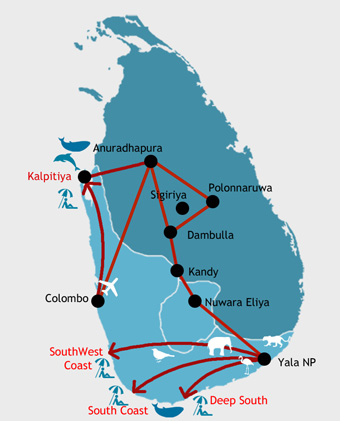 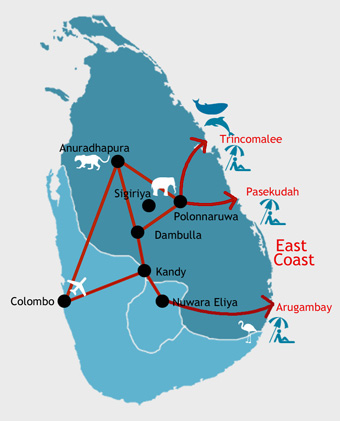 If Your Holiday is : Three Week

A three-week Sri Lanka holiday leaves you ample time to see the best of this tropical paradise, allowing you to relax, slow the pace and tarry a while in your favorite destinations. Here you can consider extending time in Kandy to visit the Knuckles and In the hill country climbing Adam’s Peak or a stay in the less-visited Haputale and Bandarawela or to visit emerging North; Jaffna peninsula 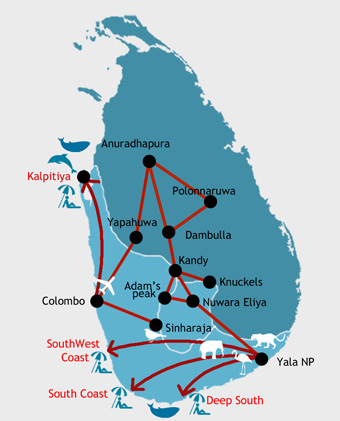 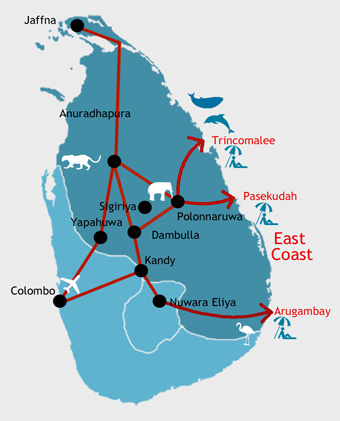